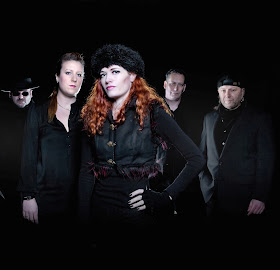 “We'll get a bunch of early ideas together and decide who we'd like to collaborate with on each... That’s our favourite part - hearing someone like Julianne Regan’s vocals for the first time on your song is like being a kid on Christmas morning!”

For the past five years the super-collective known as The Eden House, led by Stephen Carey (Adoration / This Burning Effigy), Tony Pettitt (Fields Of The Nephilim / NFD) and Andy Jackson (Pink Floyd / David Gilmour engineer), have proven themselves as one of the most unique and accomplished acts in the UK rock scene. Enlisting a range of guest talents and favouring a sound that blends trip-hop, psychedelic rock and goth, the band have been lauded by both fans and critics for albums and EPs such as 'Smoke And Mirrors' and 'Timeflows'.

2013 sees the release of their second full-length album 'Half Life', which is already enjoying the same level of praise as it's predecessors. Intravenous Magazine caught-up with founding member Stephen Carey to talk about the new album and working in such an incomparable form of musical project.


Intravenous Magazine: Where did the idea to start The Eden House originate?

Stephen Carey: Initially – it was just me and some of the people I knew doing an occasional song, with no real plan to release it. Then in 2006 I left NFD and started working on it properly with Tony. The main idea at that point was to explore styles we hadn't done before, and make something without feeling like it had to fit into a template. Just to have fun with it really! We decided then to invite guests in to perform on certain songs – which added to it enormously, as each guest brings a new element to the sound – and also gave us the freedom to choose the vocalists that best suited each song.


IVM: Initially, with so many big name bands linked to the various members that come together to form The Eden House, was there every any concern that the music may be overshadowed?

SC: It can be a pain sometimes. Yes - the associations with other artists and bands can help open a few doors, but it can also shut a few too. It gets on our wick when everything is FOTN-this or Pink Floyd-that, and you can count on record labels and promoters to fling those references around at every opportunity, which really pisses us off (If you see that on a flyer it wasn’t from us). It's inevitable really. Luckily - the project is establishing its own name now. 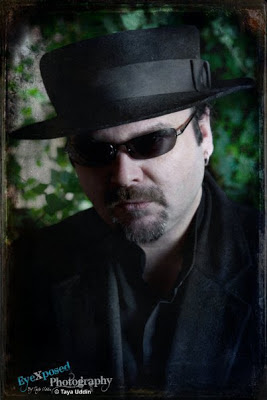 IVM: The band's sound incorporates elements such as psychedelia, trip-hop and shoegaze. Did you intend to set out in that direction or has it been an organic process?

SC: There’s no master-plan - we're not that organised! We just like a lot of music and its fun to mix things together and see what happens. It's a mixture of our influences and new things we like put through the lens of the sounds we like to make.


IVM: How does the song writing and recording process typically work for you as a group?

SC: Musically, the best ideas all seem to arrive fully formed. We'll be sitting around in rehearsal or soundcheck and someone will start playing something, someone else will join in and it'll build from there. they're the ones that tend to work out being the best. On the other hand, the ones where your sitting there banging your head on the mixing desk thinking "Where should this chord go to" etc. - they usually don’t make the cut. We'll get a bunch of early ideas together and decide who we'd like to collaborate with on each... That’s our favourite part - hearing someone like Julianne Regan’s vocals for the first time on your song is like being a kid on Christmas morning!


IVM: How do you feel The Eden House has progressed as an entity between 'Smoke And Mirrors' and 'Half Life'?

SC: We're older and more cynical! Bitter and Twisted! More machine now than man(!) Seriously though, the main difference is that Smoke and Mirrors was just Tony and myself as the main decision makers. Over the last few years we expanded that to include others which had its pros and cons. Ultimately we've returned to the original set-up. 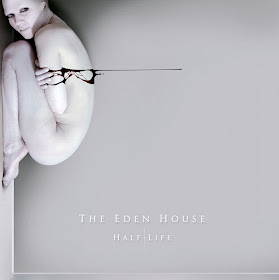 IVM: Your latest album 'Half Life' will be released at the end of May. How did you approach the new album considering the universal praise for your début 'Smoke And Mirrors'?

SC: It would have been stupid to try to live up to some of the hype that was flying around after 'S&M'. We're very aware that things that burn too brightly very often burn briefly too.. We wanted to give ourselves time to make the second album, make a few detours with EPs etc. Its also important to have something to say - we're not on a release treadmill with Jungle Records breathing down our necks. They're there if we want to release something. Otherwise we'll just work away quietly, enjoying the process as much as the end result. That’s the key thing about this project really. That its enjoyable for me and Tony to do - if it stopped being enjoyable we'd simply stop and do something else.


IVM: You bridged the gap between albums with the EPs 'The Looking Glass' and 'Timeflows'. What was the motivation behind releasing those as opposed to heading straight into a new album?

SC: It's strange - to other people 'Half Life' is the second album. But 'Timeflows' was a mini-album of sorts. Some songs seem to belong together thematically and stylistically, and we'd rather put out an EP where we put them with their siblings rather than water them down as part of an album. For example - if 'Timeflows' (the song) had to go on an album it wouldn’t have had the space to run its full 15 minutes... The EP idea lets you run with a particular idea as far as you want.


IVM: The cover art for the new album is incredibly striking. How did the concept come about and how do you feel it reflects the album?

SC: It's a piece called "White Guest" by a Russian artist called Karina Marandijan. When we first saw it the image jumped off the page at us. There’s a starkness and vulnerability to it, but also an underlying strength. That related really well to the lyrics being written for the songs so we approached Karina for the rights to use the image, which she very kindly granted.


IVM: As a collective built around core musicians rather than a traditional band. In terms of recruitment, do you tend to reach out to musicians formally or is it a more informal process?

SC: It's usually informal - people we'd known or met at gigs over the years. The only formal channel we went through was when approaching Lee Douglas from Anathema. At the time their label K-scope was dancing about us in the strange way that labels do when they're thinking of offering you a deal. They were keen on artists on their roster working together - so we pitched the idea of Lee doing a song with us. She agreed and was fantastic to work with. Such a lovely person too.


IVM: You've favoured feminine vocals on all your releases so far, has this been a conscious decision or would you be open to working with male vocalists in the future?

SC: It started as a reaction to the bands we'd been in where a male vocalist would do the growly thing. I was heartily sick of it and wanted to produce something that was the polar opposite of that. We've been lucky to have worked with so many different styles of vocalist in the years since, everything from Folk to Jazz influenced. For me personally, as long as they're Kate Bush influenced - I'm happy! As far as male-vocals go its a possibility. There’s already one name in the hat, it's just figuring out how to wear that hat, that’s the issue!


IVM: Is there anyone in particular that you would love to work with on a song with that you haven’t already?

SC: Most of them would need to be dug up first. Maybe a bit of febreeze for the aroma. 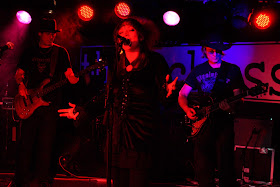 
IVM: For a band with so much input from so many different people has ego ever been an issue?

SC: Not really – one of the things we look for in a guest is that they're not an arsehole. It doesn’t matter how good they might be, or if they're perfect for a song. We have been very lucky mostly.


IVM: Does having so many guest artists throw up any logistical problems when playing live?

SC: It can do - but these things are usually booked months and months in advance so we can usually work around it.

IVM: Ultimately, what would you like to achieve with The Eden House?

SC: We want to create great music. Its that simple.


IVM: Finally, what are the plans for The Eden House for the rest of the year?

SC: Gigs and more gigs... To anyone reading this - If you want Eden House to play where you live - contact info@theedenhouse.com and tell us!